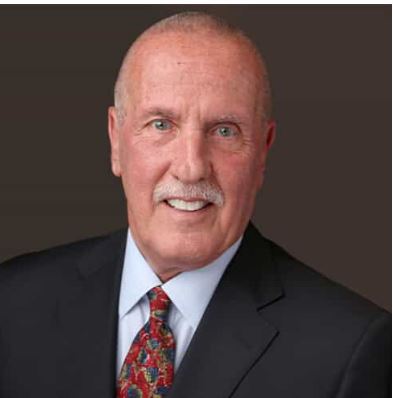 What is a Martindale Rating?
AV Preeminent is the highest honor bestowed by Martindale, reached by only 10% of today’s attorneys. Our evaluation process factors in experience, education, work history, peer and client reviews and more.

Who is Martindale?
Martindale has been rating attorneys for over 140 years. The Martindale brand was created to provide attorneys with an accurate rating system with which to evaluate their peers and competitors. Because of our impartial and proprietary evaluation process, lawyers, judges and now clients trust us in identifying the top attorneys. Learn More »

Jack’s practice is primarily devoted to litigation, although he also practices land use and redevelopment law. While the majority of his litigation practice is in the state and federal courts in New Jersey, he has also handled cases in the Southern and Eastern Districts of New York as well as the Districts of Pennsylvania, Maryland, Georgia, Florida, Alabama, Texas and California.

Following a federal clerkship, Jack joined Robinson, Wayne, Levin, Riccio & LaSala, where he became a partner.  He left Robinson in 1989 to start his own practice with his long-time partner, David Fassett, in a litigation boutique located in Chatham, New Jersey.

Jack has been a frequent lecturer on legal issues in the business arena, particularly securities law, bank fraud, health care fraud, political corruptions and racketeering. He is frequently asked to lecture to bar groups on trial tactics and techniques and is a repeat lecturer for the Federal Bureau of Investigation on defense perspectives in political corruption cases. Jack also co-authored New Jersey Evidentiary Foundations, a treatise that comprehensively reviews the New Jersey Supreme Court’s adoption of the Federal Rules of Evidence and provides a practical approach for trial lawyers in recognizing and applying appropriate evidentiary doctrines.

Jack received his J.D. from Seton Hall University School of Law in 1979, where he was a Member of the Seton Hall Legislative Journal (1978-79 academic year), and his B.A. from Assumption College in 1973.  He served as a judicial law clerk to the Honorable Harold A. Ackerman, United States District Court for the District of New Jersey, from 1979 to 1980.

He is a former Board Member of The Hope Chest Scholarship Foundation, and of Oak Knoll School.